KNIGHTS SIGN APXVOID AS FIRST HEARTHSTONE PLAYER
The Knights Enter Hearthstone with the Best Tempo Mage Player in the World.
PITTSBURGH, PA, January 31, 2018 – The Knights are proud to announce their entry into the Hearthstone scene with prominent Canadian player Jacob “Apxvoid” Coen. Hearthstone is Blizzard’s official online card game. It has shown immense growth and improvement since its beta release in March 2014, and as of May 2017, the game currently boasts 70 million players worldwide. With the game’s huge esports following and support from Blizzard, things are only looking up for Hearthstone Esports.
Apxvoid first garnered fame for his Tempo Mage deck which helped him climb to Rank 1 Legend. As he was perfecting the deck, he gained recognition from many top players and was even featured by streamers such as Fr0zen and Asmodai who are known for their high Legend Rank placements. Since then, he’s competed in many tournaments, placing 1st in the Copa America Major Season 2, and landing 8th in overall points in North America in 2017.
Apxvoid has helped many players practice and compete at the highest level, including Fr0zen, who reached 2nd place at the Hearthstone World Championships. He is currently coaching to help educate and guide the next generation of competitive Hearthstone players. 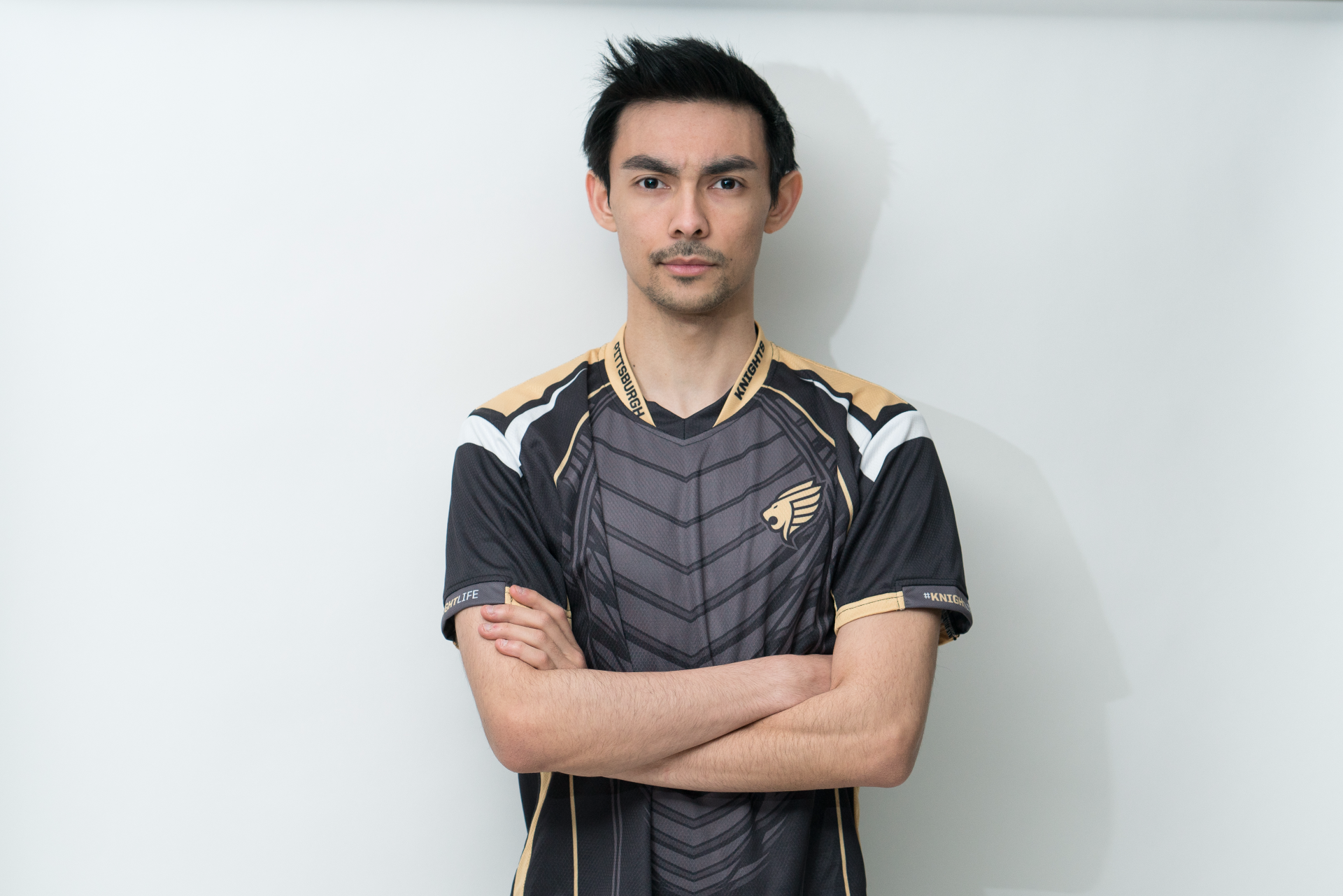 Photo – @Apxvoid
As he enters his next year of competitive play, Apxvoid has high hopes for what his career has in store. “Hearthstone has been quite the experience since I started competing in late 2015. I am very proud of what I have accomplished so far, but I know that I can do better. My goal is to be one of the best players in the world”, says the 22-year-old. After coming up short in the 2016-17 Hearthstone Championship Tour, he is ready to push his game to the next level with the support of the Knights. Apxvoid explains, “Even though losing was extremely demoralizing at the time, I have learned from my mistakes and it has shaped me into a stronger player. I am proud to represent the Knights and I have never felt more prepared for a competitive season before. I believe 2018 will be my year and I’m excited to see what’s in store".
“I’ve seen Apxvoid grow as a professional player since he first showed up at the Winter Preliminaries in 2016. Since then, every seasonal preliminary I hosted, he’s been to every one of them and showed his skills as one of the top Hearthstone players”.
– Jon "itsjonoh" Oh, Team Manager
“At the Knights, we’re building a legacy. I’m happy to have Jacob on our journey to create that, as we see him as an integral part of the team”
– Rob "Leonyx" Lee, CEO
The Knights organization wants to shine a spotlight on Apxvoid by increasing his exposure online, and assisting him with any challenges he faces, and sending him to tournaments ready to win. The Knights are committed to empowering Apxvoid through 2018 and beyond.
The Knights are the first esports team based in the Pittsburgh area. Founded in 2017, we are an organization focused on competing within the global arena of esports, while still making an impact in the local community. Our team includes some of the top Super Smash Bros. Melee ™, PLAYERUNKNOWN’S BATTLEGROUND©, CALL OF DUTY©, and Hearthstone© players in the world. Our goal is create quality engagement with the local community, the online community, and the esports community at large. Please go to https://www.knights.gg for more information and the latest news on the Knights.
###
Share on facebook
Share on twitter
Share on reddit
Share on linkedin
Share on email