Knights Take Aim for Pro League
The Pittsburgh Knights Announce their 2019 CoD Roster
PITTSBURGH, PA (January 7, 2019) –The Knights’ 2019 Call of Duty roster is live and ready for action. With three returning players and two new ones, our team is poised to take on top competitors and secure a spot in the CWL Pro League. 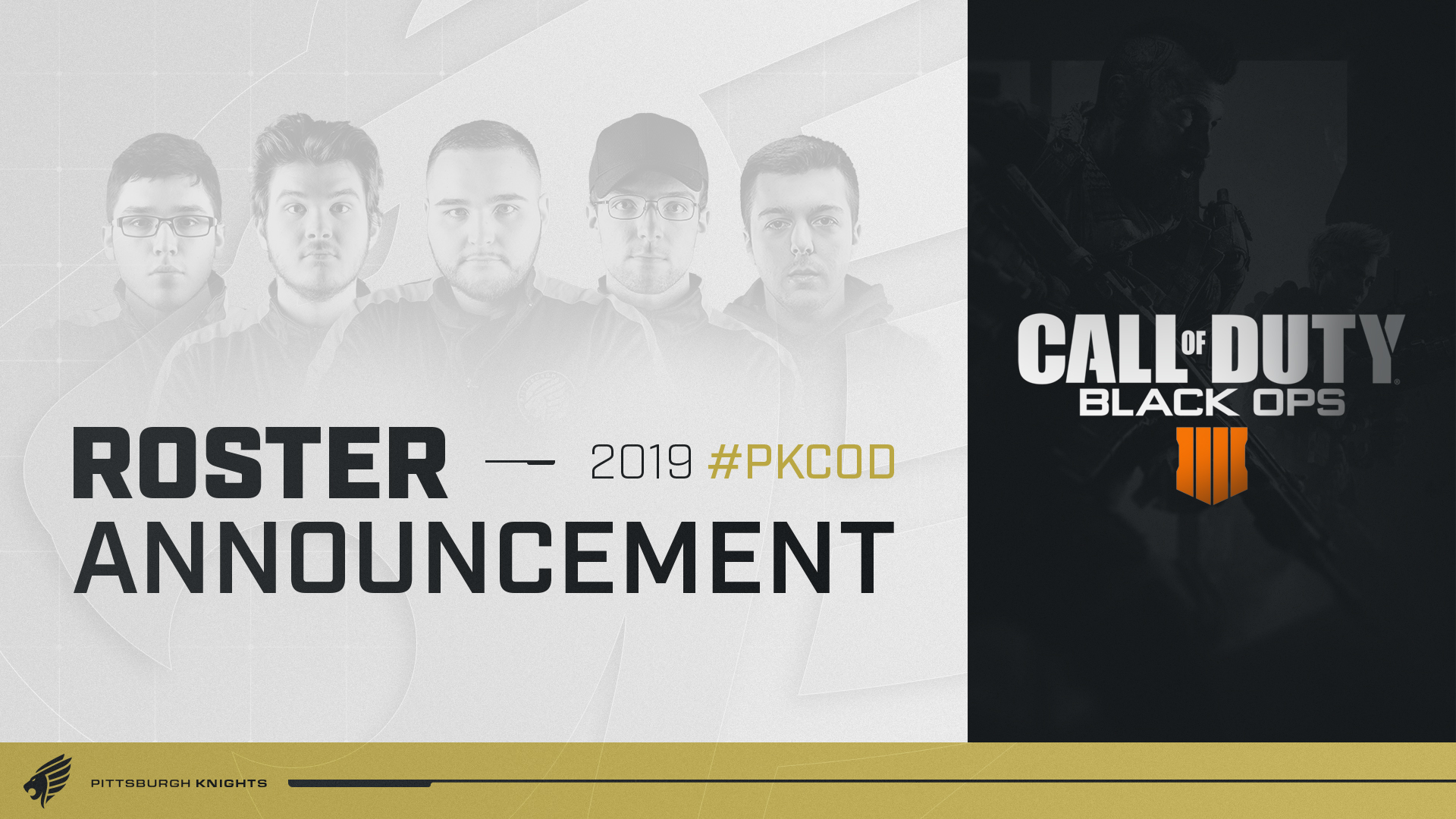 Returning this year we have Christopher “Parasite” Duarte, Casey “Pandur” Romano, and Adam “GodRx” Brown, with Joey “Nubzy” DiGiacomo as coach. Our new additions to the team are Renato “Saints” Forza and Richard “Ricky” Stacy.
Saints, a Sub player, started playing Call of Duty on the original Xbox and has been at the pro-level since 2011. He cut his teeth playing for some major esports names including Team Envy and Luminosity. Most recently he’s played for Echo Fox and Evil Geniuses. Having played soccer in high school, his alias comes from the English translation of his favorite soccer team – Santos FC. 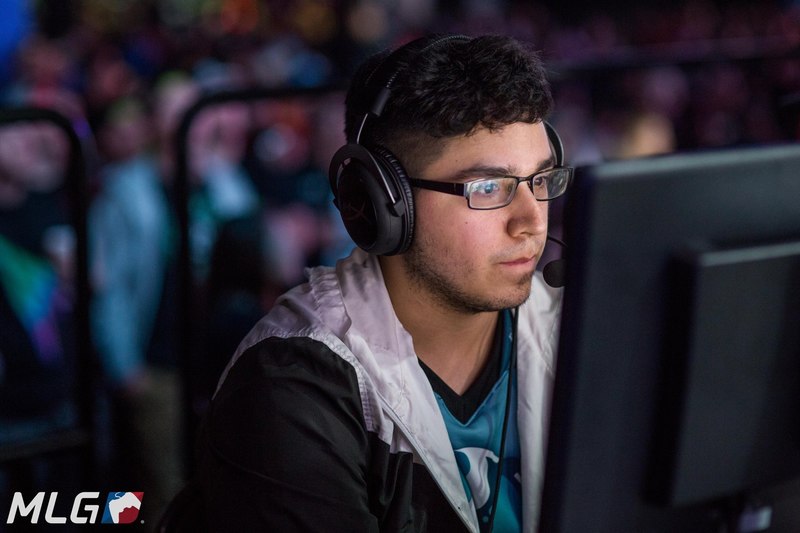 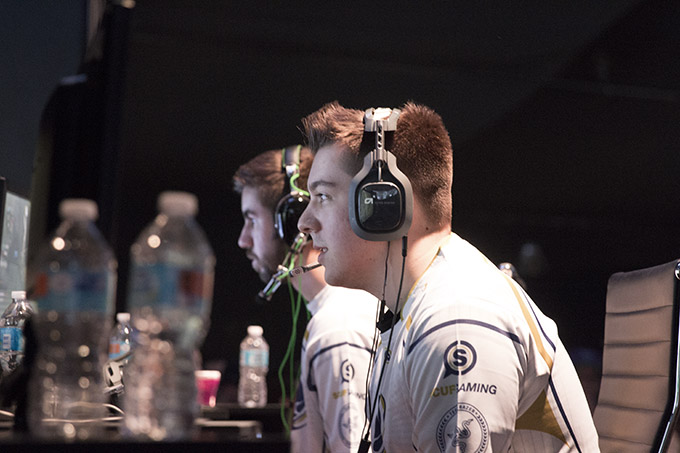 (Richard “Ricky” Stacy. Photo – esportswatchdog.com)
Our new Anchor, Ricky, started his competitive gaming career playing Halo 3. After making the switch to CoD he played for Cloud9 and Complexity, among other teams. He most recently played for G2 Esports and is looking forward to bringing his experience and expertise to the team, noting, “I’m happy to be playing as a Pittsburgh Knight and I’m excited to work with these great guys”.
And the Knights are excited to have Saints and Ricky shake up their roster. At our last event, Parasite played anchor but felt out of his element. Now, since Ricky has taken that role, Parasite is able to act as flex player. “I didn’t enjoy playing the Main AR on the team simply because I felt like I was more valuable as a player and captain when I’m in the mix of the fight,” he explains. “Being main AR means you’re watching over teammates and simply hoping they execute. I’m more of a do it yourself kind of guy. I’m glad Ricky was able to take over the role because I know he has the patience to play it but also he is very vocal and this will allow him to play that supporting role but still give the team valuable information.”
GodRx and Pandur have retained their roles as Sub and AR Slayer, respectively. With each player taking his preferred role, the team is confident about their prospects and have high hopes of getting into the CWL Pro-League. Pandur, when asked about his goals for 2019, says, “My new year’s resolution is to make Pro-League, build my brand, and win a ‘ship”, smiling as he adds, “We’ll see what happens”. Coach Nubzy echoes that sentiment saying he wants to “bring a trophy home”, for the Knights. 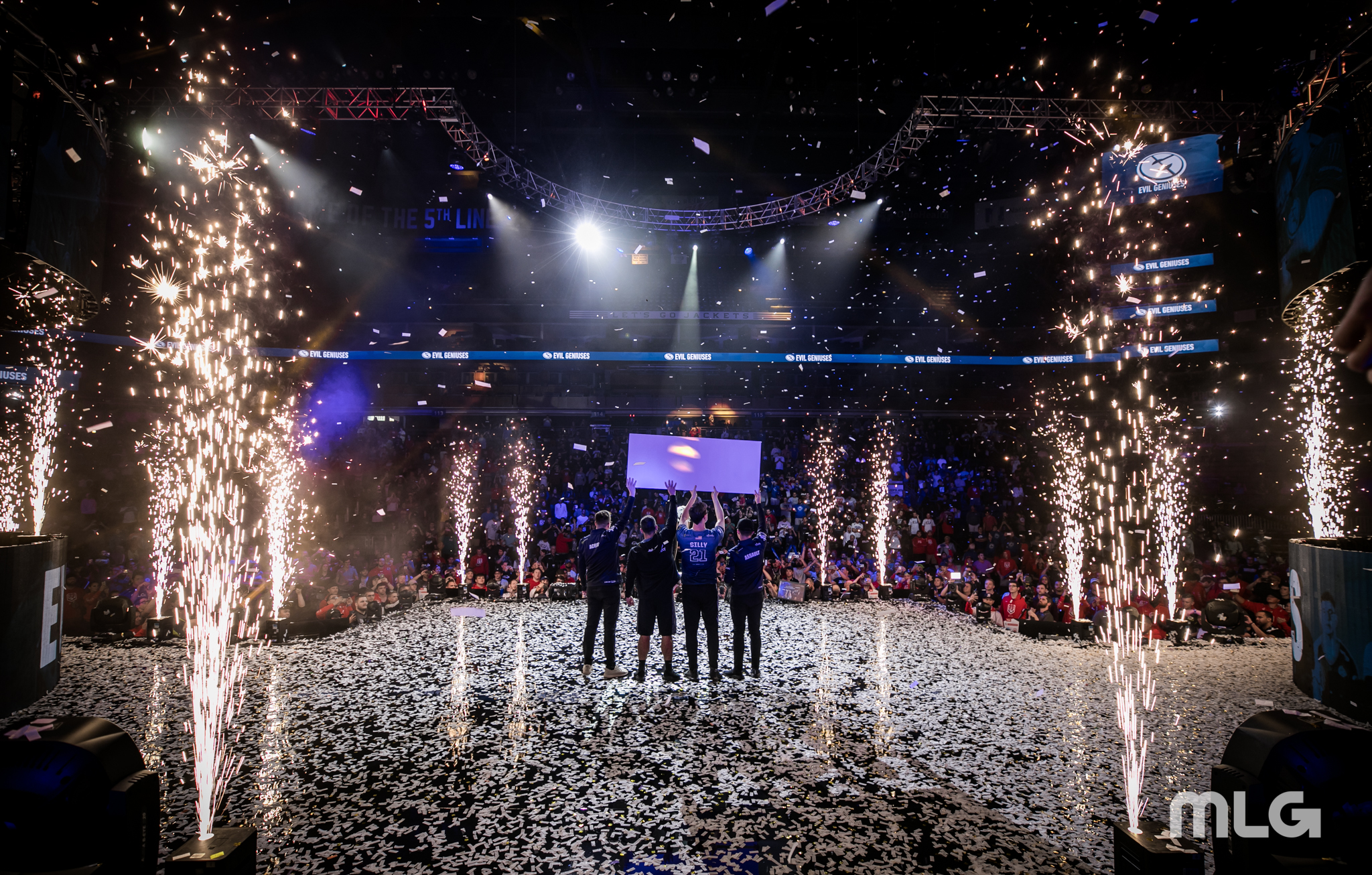 (2018 CWL Championship. Photo – Joe Brady Photography.)
Call of Duty World League – Pro League has described it’s upcoming 2019 season as the beginning of a new era. With a $6 million prize pool, the league’s largest ever, and the switch to a five versus five format, this year should prove to be an exciting one for the CoD community. The league qualifiers will take place at MLG Studios in Columbus, OH from January 16 – 20, followed by a 12 week regular season played on LAN at the same location.
The Knight are the first esports team based in the Pittsburgh area. Founded in 2017, we are an organization focused on competing within the global arena of esports, while still making an impact in the local community. Our team includes some of the top Super Smash Bros. Melee ™, PLAYERUNKNOWN’S BATTLEGROUND©, Fortnite©, CALL OF DUTY©, GWENTⓇ and Hearthstone© players in the world. Our goal is create quality engagement with the local community, the online community, and the esports community at large. Please go to https://www.knights.gg for more information and the latest news on the Knights.
###
Share on facebook
Share on twitter
Share on reddit
Share on linkedin
Share on email

KNIGHTS GEARS LEAGUE IS BACK!