KRANICH’S COMEBACK
The Knights Secure Hearthstone Legend from South Korea.
PITTSBURGH, PA, March 20, 2018 – The Knights continue their expansion into the realm of Hearthstone with the signing of their next champion, Hakjun “Kranich” Baek. Hearthstone is Blizzard’s online card game which, as of May 2017, boasts 70 million players worldwide. 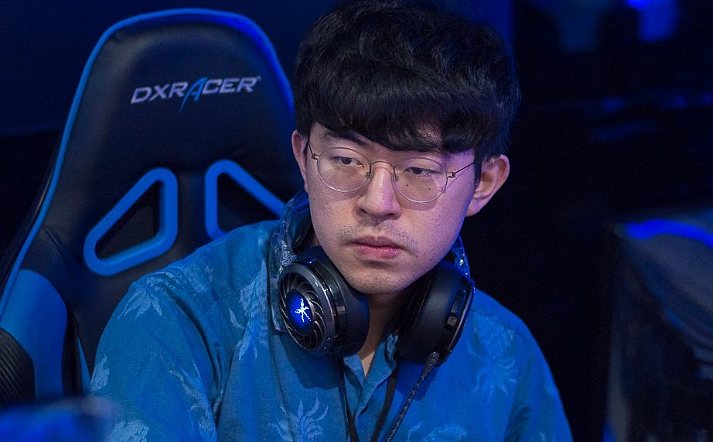 Photo – @KranichHS
Kranich is a force to be reckoned with in the competitive Hearthstone scene. He has competed in some of the largest known tournaments such as the Hearthstone World Championships, the International Esports Tournament, and the Hearthstone All-Star Invitational. At all of these tournaments, he has made a name for himself as one of the stand-out players in the Hearthstone community. He is so skilled, it has been joked that he can control an opponent’s draw with his mind. While others attribute it to mind-control, Kranich believes it comes down to pure luck.
Growing up in South Korea, Kranich aspired to be a professional gamer. South Korea is one of the leading regions in the world for esports, making the booming esports growth in the U.S. or Europe pale in comparison. The grandeur of their esports industry is something the country prides themselves in. For Koreans, esports are a part of their everyday culture. 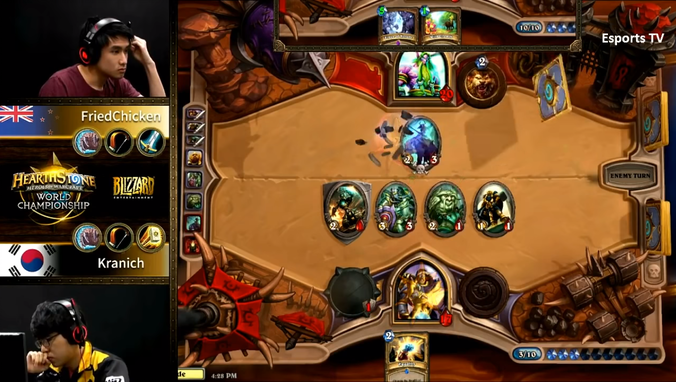 "Blizzard announced the new team system this year for Hearthstone, so I wanted to find the perfect team. Fortunately, I had the chance to talk with the Knights and this felt like a great opportunity. I feel motivated when I’m playing for a team compared to playing by myself. Discussing strategies with strong teammates helps me improve, and I know that with the Knights’ Hearthstone team I’m getting more than that."
– Hakjun "Kranich" Baek on joining the Knights
Kranich has represented other prominent teams in the past, having played Hearthstone for the likes of Dignitas and Golden Coin. As a part of these teams, he has taken some of the top ranks in the 2014 & 2015 Hearthstone World Championships, OGN Hearthstone Seoul Cup World Invitational, and the 2015 HWC – Asia – Pacific Championship, where he placed first.
The Knights are excited to work with Kranich to help him reach the world stage once more. As a part of the Knights, we aim to increase Kranich’s online exposure, prepare him for competition, and welcome him as a part of the Knights’ legacy.
The Knights are the first esports team based in the Pittsburgh area. Founded in 2017, we are an organization focused on competing within the global arena of esports, while still making an impact in the local community. Our team includes some of the top Super Smash Bros. Melee ™, PLAYERUNKNOWN’S BATTLEGROUND©, CALL OF DUTY©, and Hearthstone© players in the world. Our goal is create quality engagement with the local community, the online community, and the esports community at large. Please go to https://www.knights.gg for more information and the latest news on the Knights.
###
Share on facebook
Share on twitter
Share on reddit
Share on linkedin
Share on email