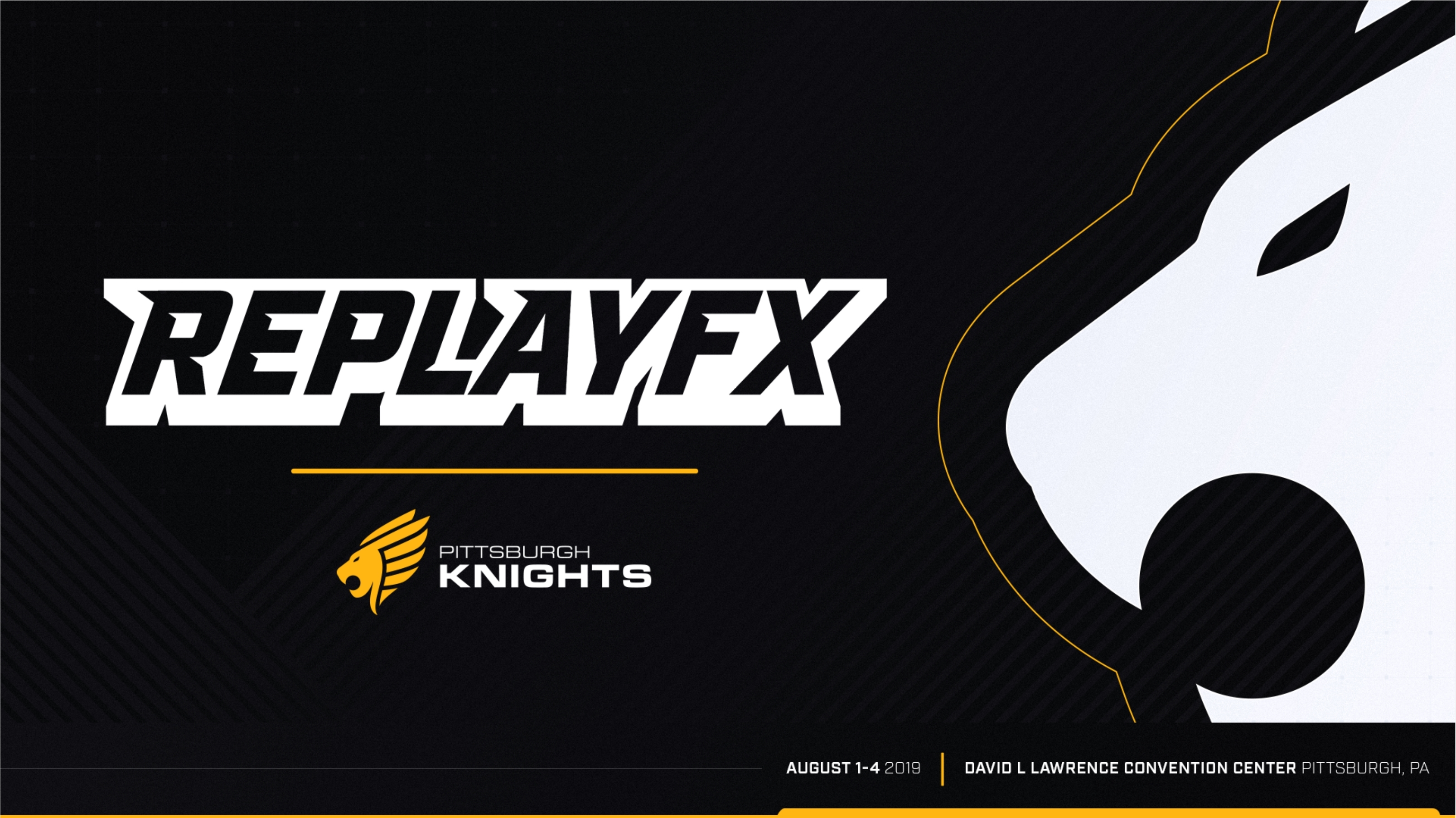 PITTSBURGH (February 26th, 2019) – Want us to play that back for you one more time? Pittsburgh’s official esports team is partnering with Pittsburgh’s largest retro gaming and pinball expo. The Knights have signed a multi-year partnership with Replay FX where they will co-produce the annual event, which takes place August 1 – 4 this year at the David L. Lawrence Convention Center.
The event features hundreds of full-sized pinball machines, arcade games, video game consoles, and more. Replay FX also boasts the the largest pinball tournament in history, as well as over $100,000 in prizes. The Knights’ goal is to combine modern gaming with retro gaming. The director of Replay FX, Mark Steinman, explains, “Adding esports to Replay FX is the natural progression of our event and will be widely embraced by all attendees and staff. Esports enables Replay FX to offer gamers both a new type of challenge and new forms of entertainment value that can only be produced through live competition”. 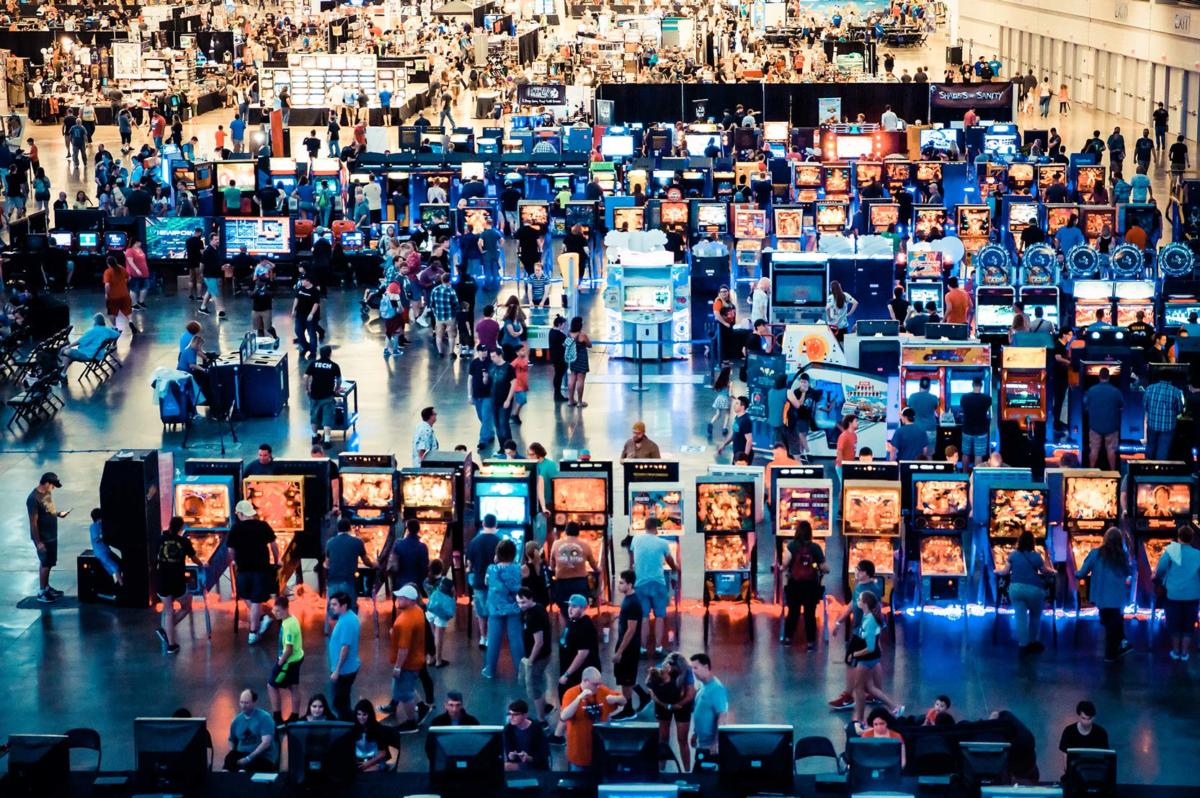 The Knights will help to expand this already massive 15,000 person event with esports competitions and tournaments. “(Our) ability to produce the largest video game and pinball arcade in existence, combined with the exciting aspects of modern esports competitions… captures the attention of gamers through both a sheer quantity and diverse quality”, says Steinman, speaking to what makes Replay FX a must-see event. “Most attendees don’t realize the size of the arcade until they walk the event floor”. Appearances from Knights pro players and influencers will add to the experience.
“Every gamer in Pittsburgh knows about Replay FX,” says Knights President James O’Connor. “It’s a huge event and we’re excited to partner with the Replay FX team and work to grow and unite Pittsburgh’s gaming community”. Steinman echoes that sentiment, saying, “Replay FX is proud to partner with the Pittsburgh Knights and views this combination of forces as our best opportunity yet to spread the excitement of esports and pinball to a new audience”. 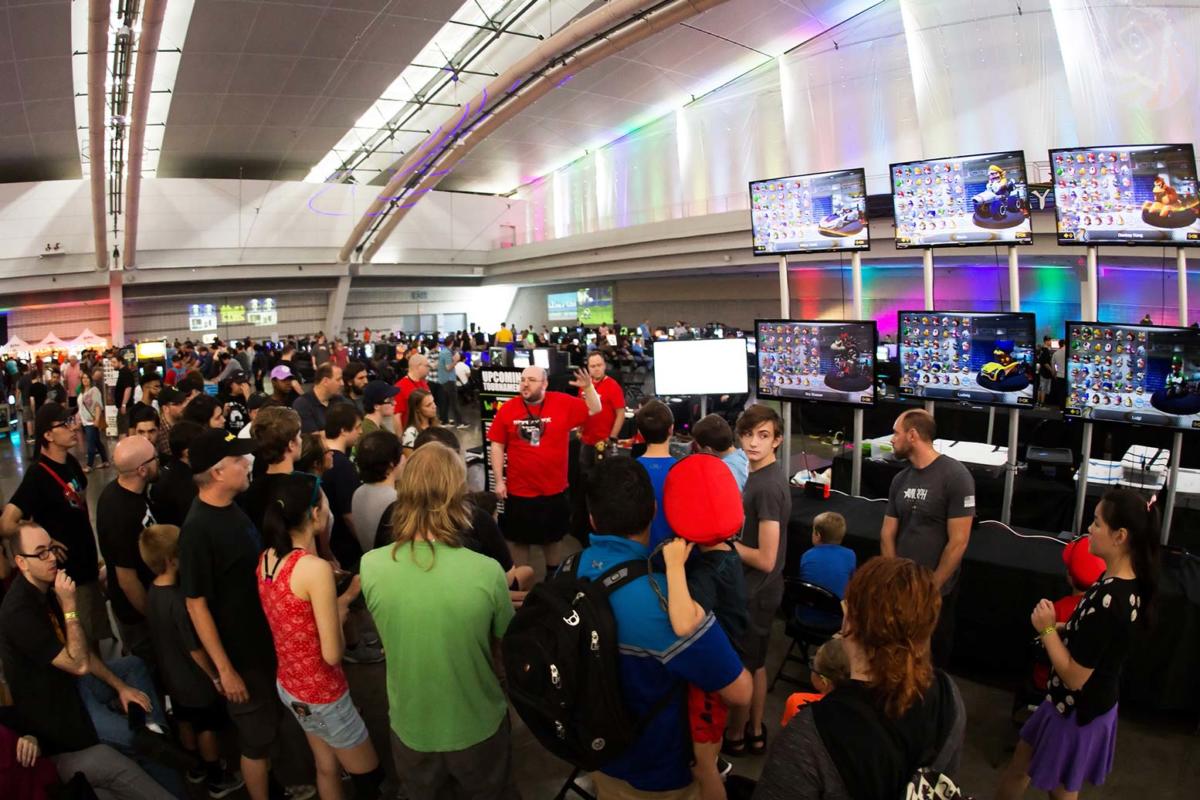 The Knights have a goal to continue growing their roots in Pittsburgh, and to help gaming and esports grow within the community. This partnership with Replay FX will help the Knights do that and more. Steinman hopes that working with the Knights will be a “step toward becoming one of the top-tier gaming events in the world”.
Tickets to Replay FX 2019 are now on sale. The event is taking place at the David L. Lawrence Convention Center on August 1 – 4, 2019. The Replay Foundation is a registered non-profit dedicated to preserving, restoring, and sharing the enjoyment of pinball technology. Tickets can be purchased at the door or online at ReplayFX.org/buy-tickets
The Knight are the first esports team based in the Pittsburgh area. Founded in 2017, we are an organization focused on competing within the global arena of esports, while still making an impact in the local community. Our team includes some of the top Super Smash Bros. Melee ™, PLAYERUNKNOWN’S BATTLEGROUND©, SMITE©, Fortnite©, GWENTⓇ, PALADINS©, and Hearthstone© players in the world. Our goal is create quality engagement with the local community, the online community, and the esports community at large. Please go to https://www.knights.gg for more information and the latest news on the Knights.
###
Share on facebook
Share on twitter
Share on reddit
Share on linkedin
Share on email