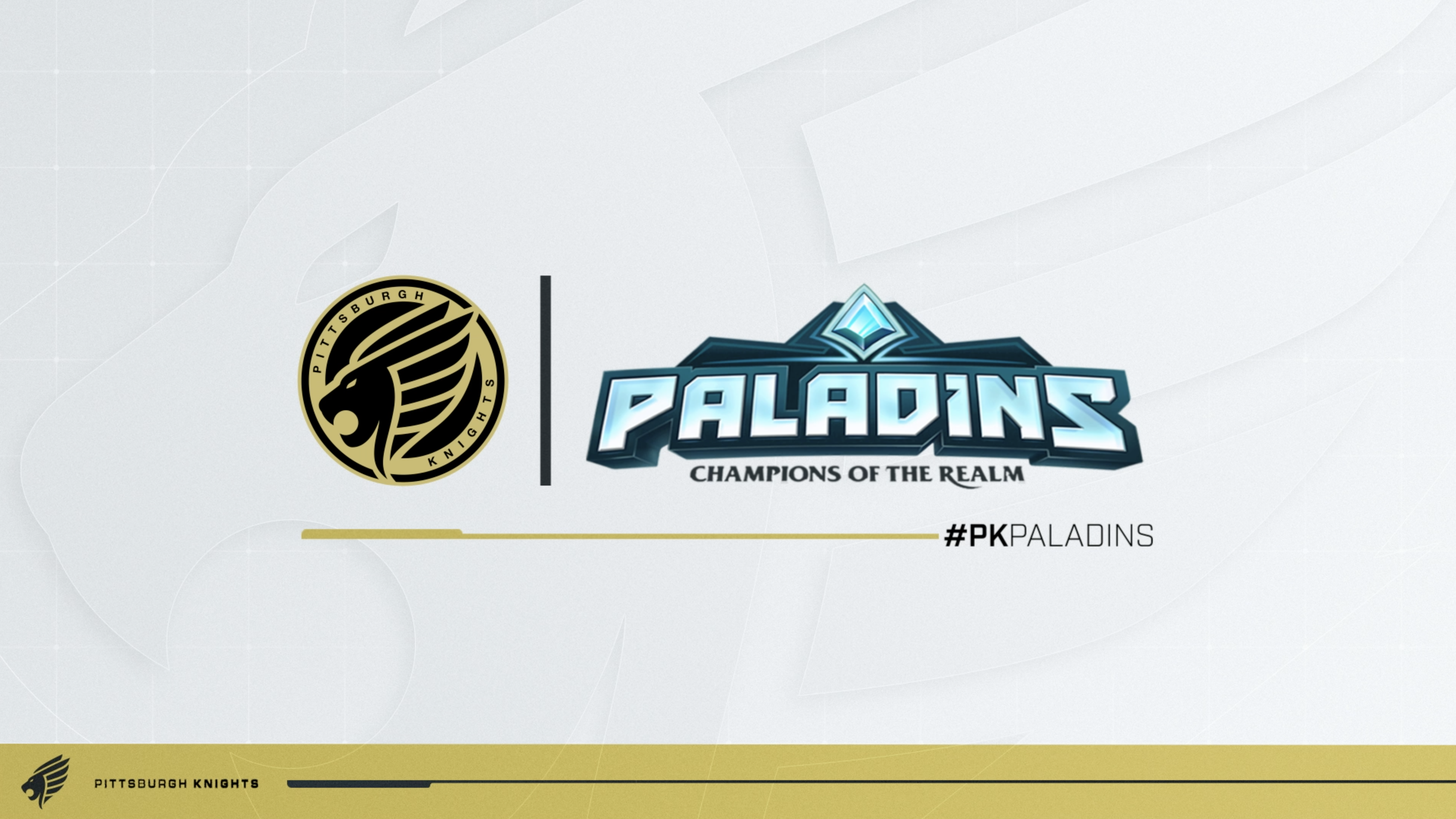 (PITTSBURGH) January 16th, 2019 – We here at the Pittsburgh Knights don’t take the title “City of Champions” lightly. Having taken many of the top esports leagues in the world by storm, the Knights are ready to become champions of the realm in their newest league, the Paladins Premier League. Paladins is a free-to-play first-person shooter (FPS), published by Hi-Rez Studios.
Once split into North American and European leagues, the new Paladins Premier League will combine the two to make for larger and more competitive matches.
The second Paladins World Championships was hosted in November of 2018 in Georgia at the Hi-Rez Expo, along with the Smite World Championship. Natus Vincere took home the first world championship title and their share of the $300,000 prize pool. The Knights are hoping to take a grab at next year’s Championship title. The Knights have not officially finalized a roster, but will announce their players in the coming weeks.
Paladins is available on PC, PlayStation, Xbox, and, most recently, Nintendo Switch. Hi-Rez initially launched Paladins’ closed beta in late 2015, and then released its open beta a year later in September of 2016. Paladins is a first-person shooter where players can choose and fight as champions, each with their own unique attacks, functions, and skills. For more information, or to start playing Paladins for free, go to www.paladins.com
The Knight are the first esports team based in the Pittsburgh area. Founded in 2017, we are an organization focused on competing within the global arena of esports, while still making an impact in the local community. Our team includes some of the top Super Smash Bros. Melee ™, PLAYERUNKNOWN’S BATTLEGROUND©, SMITE©, Fortnite©, CALL OF DUTY©, GWENTⓇ, PALADINS©, and Hearthstone© players in the world. Our goal is create quality engagement with the local community, the online community, and the esports community at large. Please go to https://www.knights.gg for more information and the latest news on the Knights.
###