At the start of July, it was announced the International Olympic Committee (IOC) and the Global Association of International Sports Federation (GAISF) would host an “esports forum” in late July in Switzerland. The goal of the forum is to explore the possibilities of having esports becoming part of the Olympic Games in the future. While it’s only a forum, and many people may not like the idea, the inevitability is this – esports will, in some fashion, become part of the Olympics. The progress or decisions from the forum have not been announced yet, but this meeting would not be happening if the idea wasn’t already pretty far along.
Now, just wait – before all of you traditionalists get upset at the idea of esports “ruining” the Olympics (yes, people actually do believe the second a competitive gamer steps out in the opening ceremonies, the whole Olympic Games will self-combust), and all you esports fanatics say that this will be the crowning achievement of Olympic success – let’s just talk about it.
First, why? Why, now, does the IOC decide they want to involve esports in the Olympics? Esports has seen rapid and fanatical growth in the past decade, leading to an immense viewership and a large sum of money in sponsorships. Who wouldn’t want a piece of that? This could bring in sponsors, such as Intel or Alienware, that the Olympics never would have been able to access otherwise. Not to mention that the name esports creates the natural idea that it should be included in the world’s biggest sporting showdown. It is a sport after all.
Let me just state a disclaimer now – I know some people don’t agree with the idea that esports should be considered a sport. They believe it belongs in its own separate category of sports or don’t believe in it as a whole. They simply do not comprehend the top-tier level of skill and high levels of discipline required. It requires a different type of physical ability. or different physical skill-set than other traditional sports. It’s not all mind. It’s hand-eye coordination and surgeon-like hand/wrist precision.One is not less than or greater than the other, just different. However, for this article, I will be referring to esports as a full-fledged sport.
Now, just because some do not agree with that view doesn’t mean it can’t be included at the Olympics. In fact, it most-likely will. The way I see this happening is in one of two ways:
The Olympics open up to more diverse levels of competition and athleticism, such as gaming. This idea opens up the traditional definition of an athlete or a sport to include those that require just as much mental training and skill. The Olympics has already done this, with events such as skeet shooting. This sport does not require much overt physicality, but still demands precision and skill. Additionally, it would help destigmatize esports in the world of traditional sports look down upon esports because they don’t understand the amount of mental training and skill truly required to compete (I have had this argument more times than I care to think about…). Athletes are just beginning to open their minds to esports and understand the skill and dedication that goes into it, and this would really help create more acceptance and inclusion of esports in the world sports arena. However, partaking in the Olympics in this fashion limits the areas of competition. The beginning stages of esports inclusion would probably only have 2-3 games to compete in, and would take a long time to expand.
They have an esports Olympics, either around or during the regular olympics, that has competition in a variety of different games. This would be beneficial because, while it lacks the inclusion of the other option, it allows for representation of every major sector of esports. This would also allow for an Olympics more tailored to the esports audience, rather than the traditional ceremonies. That would mean – cooler opening ceremonies, more targeted commentary and coverage (so actually seeing esports covered on TV, not just having it as a filler between other sports), merchandise, etc. Just think about it for a minute – our Olympics would be so much cooler. It would also allow for more players to be included, which would help so many developing players and competitors catch their big break into the scene. 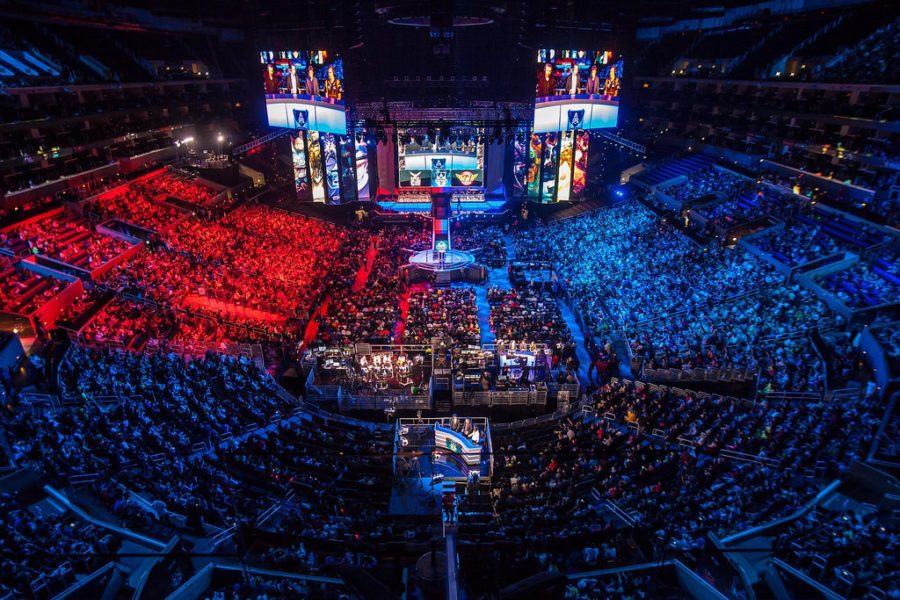 While I have my own predictions about some parts of esports being included in the Olympics, there are other aspects I have no idea about. One of my biggest questions is will professionals or anyone who has ever been classified as a professional be included. The regular Olympics specify you must not be, or have ever been, a professional athlete in your field. However, since esports is so different and players go in and out of teams, signed and unsigned, paying for big teams and small organizations – the “professional” line is a little blurry.
On another note, while the forum is taking place this year, it will be a while before we see esports in the Olympics. Earliest talks of esport inclusion center around 2022-2024. Each Olympic games is planned at least 10 years in advance, and it would be hard to include an entirely new sport and set of competitions within 2 years. So, this will be a good test of our patience.
Regardless, esports of any kind in the Olympics is still a huge step for esports as an industry. Having esports as a part of the Olympics opens up opportunities for undiscovered esports athletes to gain recognition. There are still ceilings to break, stigmas to disprove, and biases to fight – but there’s no holding back the future of competition.
Share on facebook
Share on twitter
Share on reddit
Share on linkedin
Share on email