There’s a New Mage in Town

THERE’S A NEW MAGE IN TOWN
The Knights Sign New Zealand Hearthstone Powerhouse Ki Yin "Mage" So
PITTSBURGH, PA (March 30, 2018) – The Knights have found the newest member of their Hearthstone team in the great down under. New Zealand native Ki Yin So, aka "Mage," has officially joined the Knights, playing Hearthstone for the Steel City from halfway around the world. Hearthstone is Blizzard’s online card game sensation. As of May 2017, the game boasts 70 million players worldwide. 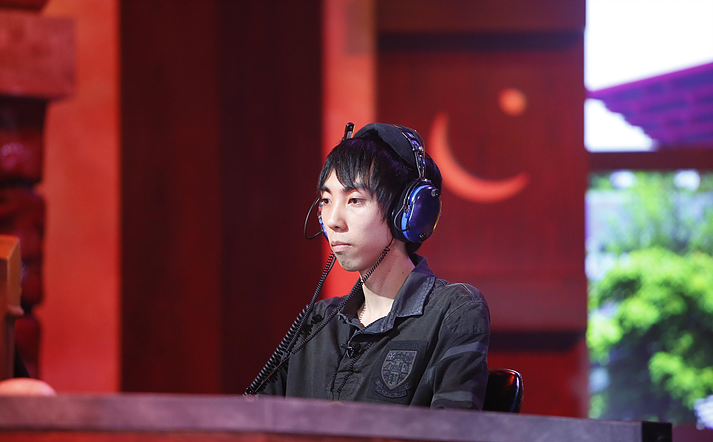 Photo – Mage at the HCT Spring Championships via Redbull
Mage has been in the Hearthstone scene since the very beginning, jumping in right after the game’s official launch. He was hooked by the fun and logic behind Hearthstone, describing it as “casual on the surface, but complex.” Mage never considered playing competitively until he reached Rank-1 Legend, which qualified him to compete in the Hearthstone Championship Tour. What was simply an opportunity to “try it out,” pulled Mage into the world of esports. Each new win and achievement drove him to strive for more and more, until he ranked as one of the top in his region. The way Mage sees it, “the more you enjoy the game, the more you play. The more you play, the better you get, right?”
Having traveled around the globe playing Hearthstone against the best in the world, Mage says his favorite thing about the game is “the people I have met at events. But before that, it was the freedom to show your creativity in deck building and decision making. A lot of the aspects of Hearthstone are very close to each other on the likeliness counter, so everything combined makes me like Hearthstone.”
Through all of his years of competition, mage has never officially played for a team. He is excited to join the Knights, and join his teammates in representing our city. Although he is halfway around the world, he is not phased by the distance from his team. “From a professional standpoint it doesn’t bother me since I can reach out to a larger audience and market in an international team. I think Esports should be more focused on the individual player or team rather than it’s country.” Still, Mage is excited about being a part of the Knights, since he believes that “representing a team gives me more responsibilities and motivation to play better. Interaction within a team helps people improve.” 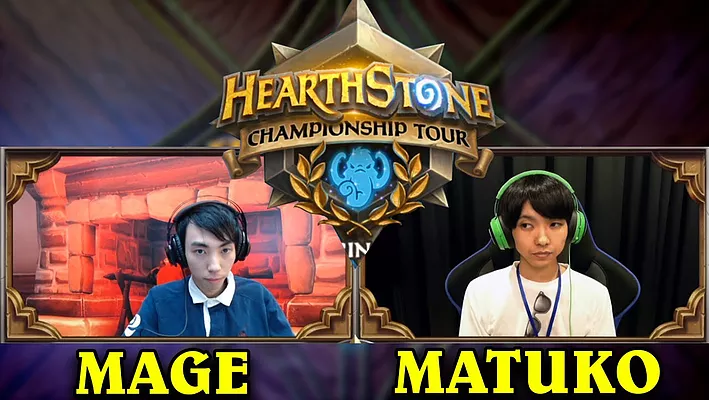 Photo – Mage versus Matuko at the HCT Spring Championship Tour
Recently, Mage has been competing around the world, and he doesn’t see his career, or esports, slowing down anytime soon, “I believe esports will continue to grow. My guts tell me that Blizzard has been trying to push and support careers in esports for their games, so although I can not say I will become a Hearthstone superstar like Kripp because there is the element of luck, I feel ensured with a safety net as long as I try my best.” He has competed in the Championship of 2017 Titanar Open International, Championship of 2017 APAC Hearthstone Championship Tour Spring Preliminaries, and ranked in the top 8 of the 2017 Spring Hearthstone Championship Tour Finals – and Mage is just getting warmed up. He is ready to compete and conquer as an official member of the Knights.
The Knights are the first esports team based in the Pittsburgh area. Founded in 2017, we are an organization focused on competing within the global arena of esports, while still making an impact in the local community. Our team includes some of the top Super Smash Bros. Melee ™, PLAYERUNKNOWN’S BATTLEGROUND©, CALL OF DUTY©, and Hearthstone© players in the world. Our goal is create quality engagement with the local community, the online community, and the esports community at large. Please go to https://www.knights.gg for more information and the latest news on the Knights.
###
Share on facebook
Share on twitter
Share on reddit
Share on linkedin
Share on email