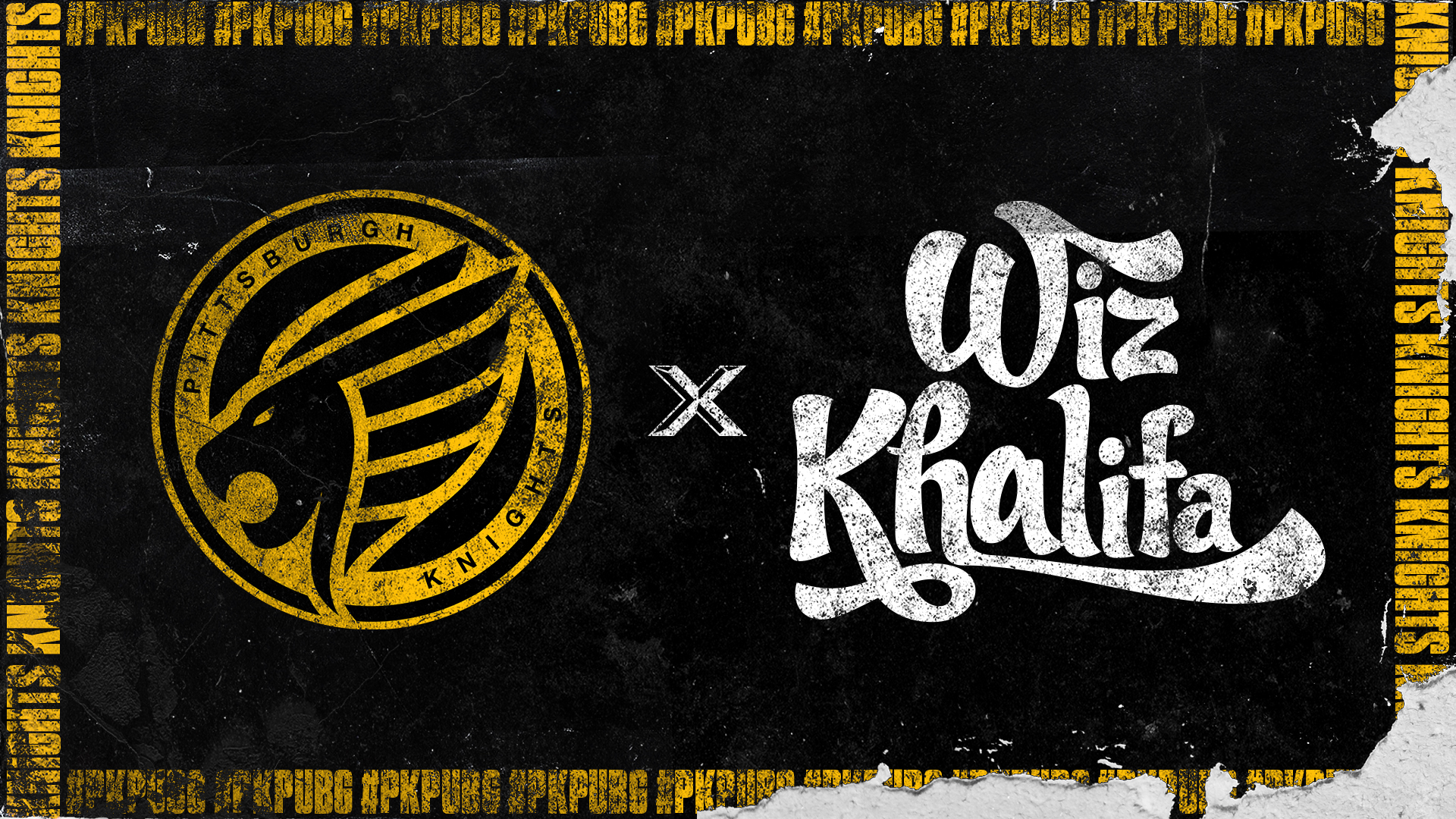 PITTSBURGH, PA – July 19, 2019 – Multi-platinum selling, Grammy and Golden Globe nominated recording artist Wiz Khalifa is throwing his weight into the esports industry and joining forces with the Pittsburgh Knights as a strategic partner, bringing expertise in creative direction, marketing, live events and entertainment. With Pittsburgh being Wiz’s hometown, working with the Knights was a natural fit. The Knights have been on an upward trajectory since partnering with six-time Super Bowl Champions the Pittsburgh Steelers in 2018. With both of these prominent Pittsburgh connections, the Knights will continue to build into a globally recognized gaming powerhouse.
“It is awesome to partner with the Knights, alongside the Pittsburgh Steelers, on this exciting endeavor,” says Wiz Khalifa. “The Knights are pushing the boundaries in the e-sports space with an experienced team. Being based in Pittsburgh, my hometown, a city known for bringing home championships, I am pumped to be a part of this moment in history kicking off another winning team for the city.”
“Wiz is definitely a visionary,” says Knights president James O’Connor. “He’s always ahead of the curve; he’s creative and savvy and we admire him and his team for their work ethic. We’re really happy to welcome him into the Knights’ family.”
The Pittsburgh Knights are a global esports organization headquartered in the Steel City and are on one of the fastest growing teams in the space. Esports (i.e. competitive video gaming) has become massively popular over the past few years with over 450 million fans worldwide; the industry is expected to generate $1.1 billion dollars this year alone.
About the Knights
The Pittsburgh Knights are a global esports organization headquartered in Pittsburgh. Founded in 2017, they are the official esports team of the city and are focused on making an impact in the local community. Their team includes some of the top Super Smash Bros. Melee™, PLAYERUNKNOWN’S BATTLEGROUND©, CALL OF DUTYⓇ, SMITE©, GWENTⓇ, PALADINS©, and Madden NFL© players in the world. Their goal is to create quality engagement with the local community, the online community, and the esports community at large. Please go to https://www.knights.gg for more information and the latest news on the Knights.
About Wiz Khalifa
Multi-platinum selling, Grammy and Golden Globe nominated recording artist Wiz Khalifa burst onto the scene with mainstream success with the release of his first major label debut album, ROLLING PAPERS‎ in 2011. Wiz garnered major success with his #1 hits “Black and Yellow” (2011) and “See You Again” (2015), which held the #1 spot for 12 consecutive weeks. He has also created an empire grossing over $100M on touring alone. Since then he has created a massive presence in both the music industry as well as the business landscape. Wiz’s first business venture, Taylor Gang Ent., was conceptualized in 2006 and founded in 2011. The record label, content production, and management company is home to a growing number of talented artists, producers, entrepreneurs, and entertainers such as Juicy J, Ty Dolla $ign, TM88 among others. In 2015 Wiz started his marijuana company to commercialize Khalifa Kush. The company has achieved much success with the creation of high quality and highly sought-after products in the legalized marijuana market and are currently available for purchase in Nevada and Arizona. Khalifa Kush recently expanded into Canadian territories in 2018, which marks the first expansion for Khalifa Kush outside of the U.S. Wiz has partnered and invested in a vast array of companies including jewelry company Shop GLD, Greenlight Juice, McQueen and the Violet Fog, and his mobile gaming app, Wiz Khalifa’s Weed Farm, which launched in 2017 and has amassed over 10M downloads.
###

Knights Monthly Gauntlets For Valorant Are Back